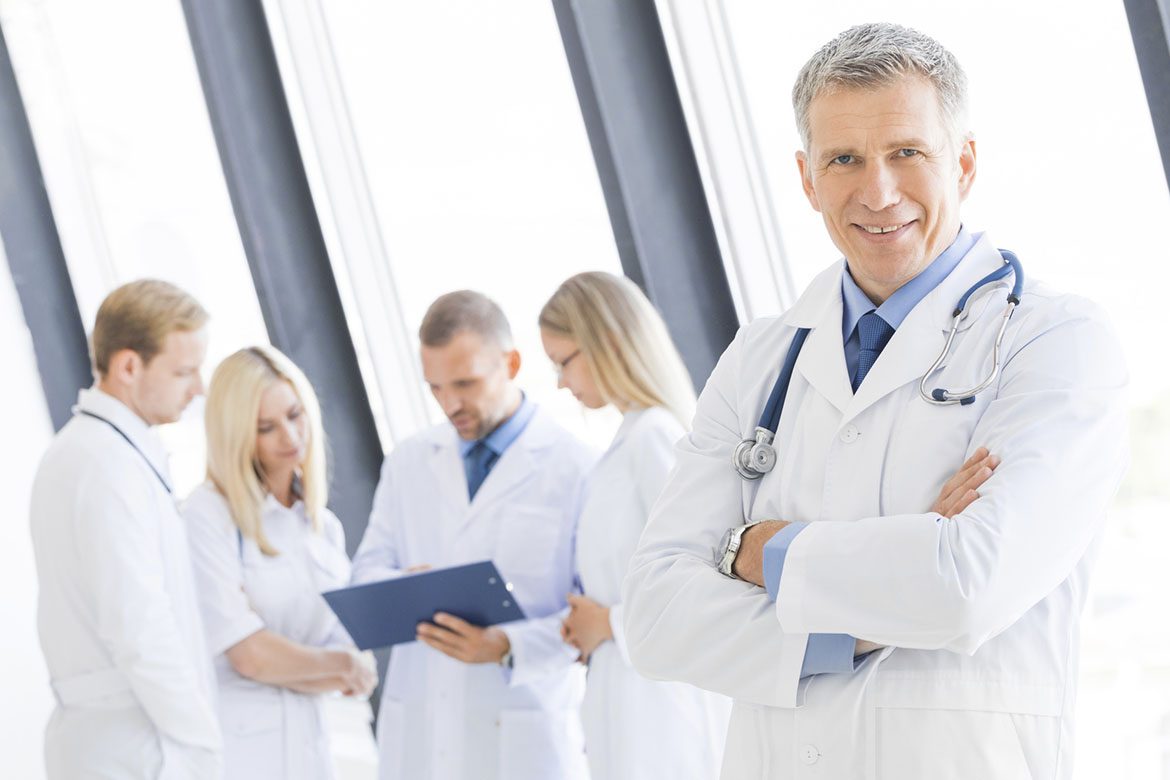 Switzerland has had a permanent shortage of doctors in the field of specialists in clinics and medical centers for many years. Furthermore, country doctor’s offices can no longer be adequately staffed in terms of quantity and quality. This condition will be exacerbated in the future by the age-related retirement of numerous doctors and the overall stagnating number of medical students due to the limited admission capacities. In addition to these causal problems of lack of doctors, there is also the problem of aging societies in western industrialized nations and the need for more intensive and longer (geriatric) medical care.

In the past, cost-intensive and often moderately successful measures for the recruitment of specialist doctors were carried out – with advertisements in the corresponding medical specialist magazines and with the help of road shows (information and advertising events).

To ensure optimal doctor recruitment and to maintain the high and exemplary quality of the medical system in Switzerland, the innovative bi-national Helvetia Med® licensing system was introduced

The Swiss health care system - both in the inpatient and outpatient sector - would already be no longer “viable” without doctors from Germany.

How many doctors will be needed in the next few years?

Of the 32,000 doctors working in Switzerland, half work in a clinic and the other half in a practice. Each canton has at least one cantonal hospital (central hospital). There are also two major private clinic chains in Switzerland. The larger regions of Basel, Bern, Zurich, Geneva and Lausanne have their own clinics with university connections. The larger regions of Central Switzerland (Lucerne) and Eastern Switzerland (St. Gallen) have a supra-regional central hospital with satellite locations. Half of the outpatient medical practices are general practitioner or specialist practices. Single and double practices are increasingly being replaced by group practices.

Due to the medical demography, 3,000 to 5,000 medical practices will have to be filled in the outpatient area alone in the next 3-5 years. The situation is similar in the clinics. Depending on the specialist discipline and the fluctuation of doctors in the clinics, 2,000 to 4,000 executive medical positions are to be replaced each year. In addition, there are 3,000 medical assistant positions, which are to be filled by rotation and after completion of the training.

The Swiss healthcare system is based, among other things, on the individual responsibility of the insured with regard to the use of the medical services that make sense for them. Through this there are further advantages - performance-based and better pay through less budgeting and red tape, thus better working conditions and a high level of job satisfaction among doctors.